One of the most consistent types of remodeling activity is for the growing percentage of older homeowners who don't want to downsize to refit their houses so they can age in place. With that in mind, there are many things for contractors to consider, and they should work closely with their clients to determine what's going to be the best combination of cost-effective and necessary for older owners.

The twin goals of such a renovation project are, typically, to provide safety and comfort for aging homeowners. That often starts in the bathroom, according to AgingInPlace.org. For instance, you might want to talk to a client about installing comfort-height toilets in every bathroom to ensure residents have no difficulties getting on or off them. Similarly, retrofitting a shower to have safety bars to hold onto is obviously an easy job, but it might make more sense for the owner to have a step-through tub installed, or a shower with no curbs.

One thing many may not think of when doing such a job, however, is how much lighting seniors will need to add to their homes, the report said. As people age, they need significantly more light to see at the same quality of vision they used to have, meaning it's a good idea to install plenty of lighting - including motion-activated lamps so people don't have to fumble for a switch they can't always see. Similarly, you might be wise to install light-up cover plates and outlets so they're easily visible even in otherwise dark conditions. 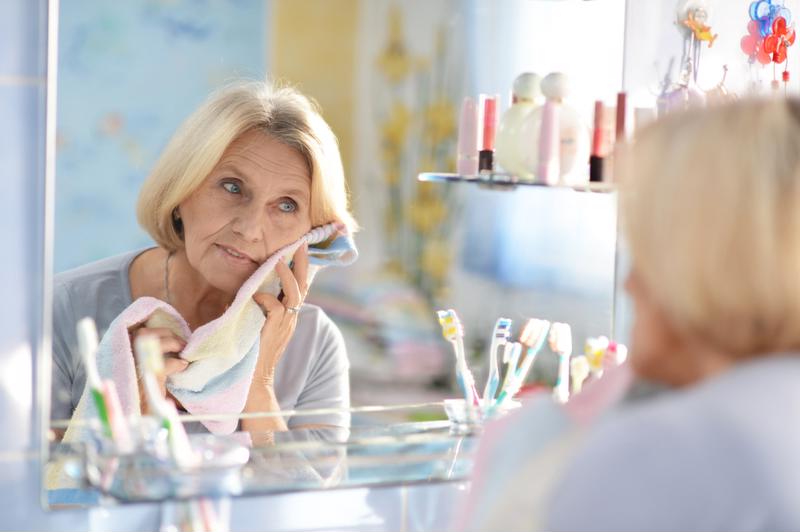 Often, an age-in-home remodel starts in the bathroom.

Other things to consider

Of course, stairs can also be a major difficulty for people as they age, and if owners don't have it in the budget to install a chair lift or other safety features, it would be wise for contractors to make sure they can do more on the first floor of their homes when needed, according to the National Association of Home Builders. That includes a full bathroom on the first floor, with no steps at all between areas on the floor.

In addition, all rooms may have to be rearranged to allow for more space for maneuvering, and windows might need to be replaced or retrofitted so that they are easier to open and close. Similarly, interior doors that are operated by levers instead of knobs will make it easier for older people to get around their homes as they age.

At the same time as contractors are working to make the home's interior safer for older residents or visitors, they also need to ensure the home is safe on the outside as well, according to Smart Cells. That means making sure pathways are as smooth and clear as possible, and that there aren't too many steps up to the front door - or a ramp is installed as needed. Any entrance should be well-lit as well, and if there's a porch or patio, there should not be a step down to access it, but rather a short ramp.

In addition, moving shrubs, bushes, or trees away from walkways is a good idea, because they can be impediments as they grow and aren't being tended to as often by older homeowners, the report said.

While homeowners can prioritize certain things that sound great in an aging-in-place remodel, they may not always think through the practicality, according to Next Avenue. When older clients want a walk-in tub, they may not consider the fact that they will have to sit in it while the tub fills up and drains again, which can be a major inconvenience, or that built-in shower seats aren't always positioned where they should be to get under the shower head and easily access the controls.

Likewise, while people may want chair lifts for their stairs, they might not consider the potentially massive cost of installation, let alone upkeep, and should talk to their doctors first about whether such a move is practical given their unique medical concerns (i.e. they're great for people with knee or heart problems, but not so much with those who have balance or hip problems).

Certainly, this is all information that you, as the contractor completing the work, should talk through with your clients to make sure they have a good understanding of what they actually need, what makes sense given their budget, and so on. That kind of careful collaboration will typically work out well in terms of getting the job done expediently and meeting client expectations.